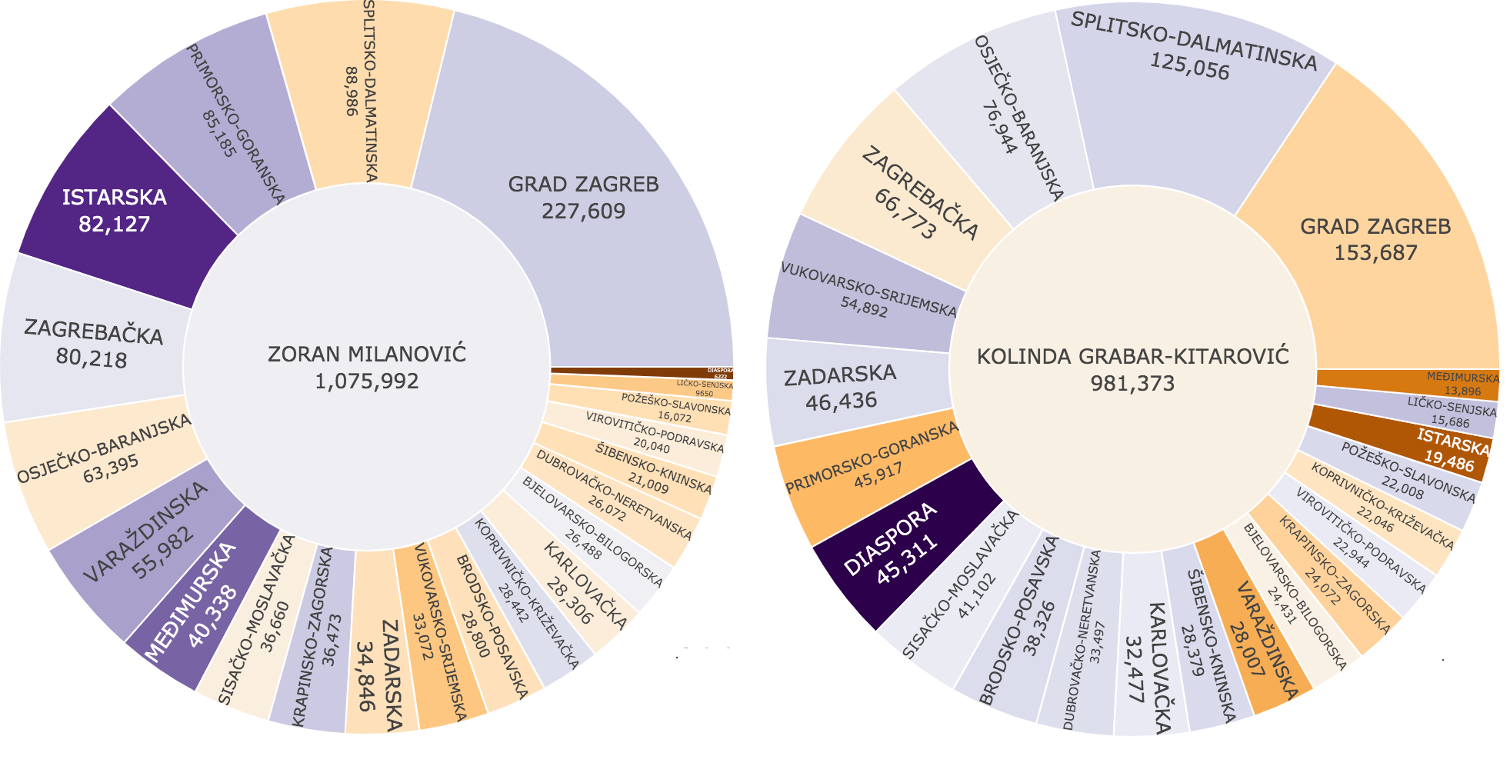 As we all know, Zoran Milanović won Croatian presidential elections and became the fifth president of Croatia. But how it actually happened? How did people vote and whose votes brought victory to Mr. Milanović?

We’ve created a thorough statistical data science-backed analysis of the recent Croatian presidential elections. The presented data is heavily visualized and shows several crucial moments of the electoral battle. There’s a lot of healthy conclusions to be drawn from this analysis, especially when it comes to trends between the two electoral rounds, regional distribution of new voters, regional distribution of invalid ballots, specific relationships between Grabar-Kitarović’s, Škoro’s and Milanović’s voters in both electoral rounds, etc. A lot of hidden gems for those who know how to find them.

Croatian parliamentary elections are around the corner, followed by local elections next spring. We’ll be happy to produce multi-level prescriptive analyses for you, based on both dozens of previous electoral rounds on all levels, as well as ongoing Croatian social media activity. What’s in it for you? Hidden voter pools to conquer and imminent voter trends to catch. Before it’s too late.